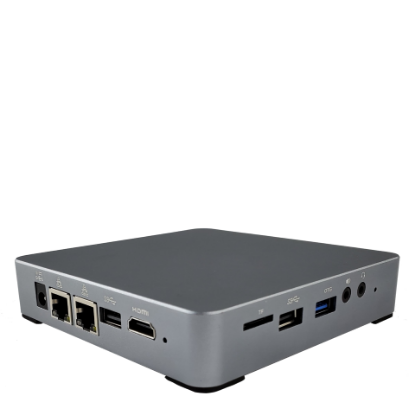 The Android operating system has traditionally been associated with mobile phones, at best, with tablets. Most do not consider it to be a serious operating system that is capable of anything more.

Nevertheless, there is a fairly common class of Mini PCs with ARM architecture processors. They run the Android OS, which not only supports tiny touchscreen phone displays, but also quite serious large monitors, keyboards, mice and other devices. Our Mini PCs running Android OS are distinguished by high reliability due to the use of industrial grade components. They are specially designed for 365/24 operation. As a result, our Mini PCs on the ARM Android platform work for months without crashes or reboots. Some Power over Ethernet ARM Android PC Exclusive comprehensive PoE Protection designs for over current and over voltage protection. Power budget control adjusts PoE port power supply automatically to avoiding equipment damage.

Mini PCs with the ARM Android platform are especially popular in Digital Signage applications, as well as in various Media Players and Internet TV Set-Top Boxes. Many of them have high-performance graphics subsystems capable of delivering 4K video on one or even two displays. Moreover, their cost is significantly (sometimes several times) less than media players on the x86 platform. They represent a fairly highly specialized segment of devices that work well in specific applications.